Gerald Wallace hasn't been playing up to his lofty standards in recent games, but this time out, the Bobcats were still able to defeat the Grizzlies in Memphis, 93-89. Crash played more than 40 minutes again, but only ended up with 10 points and 8 rebounds. Might those minutes finally be catching up to him? Stephen Jackson and Boris Diaw picked up some of the slack, and Tyrus Thomas continued his solid play off the bench since coming to Charlotte, picking up the rest of the team.

Game thread comments, highlights, and lowlights after the jump. 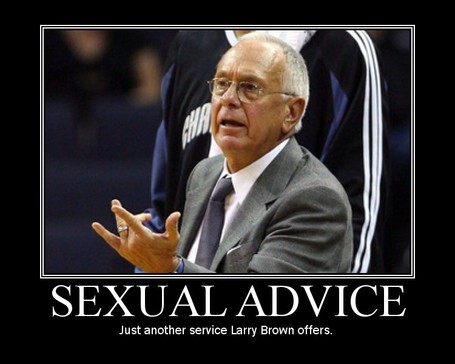 -- At a certain point, someone has to acknowledge that D.J. Augustin is not a good player when asked to play the way the Bobcats have been asking him to play. Let him be himself instead of pushing him to fit some sort of point guard model in Larry Brown's head.

-- Raymond, don't shoot 12 times in a game. If you do that, you're not properly containing yourself, which is the key to your success this season.

-- Stephen Jackson's gunning wasn't exactly the sweetest thing to see, but he did pour in 32 points -- on 25 shots -- and, most impressively, pulled down 11 boards.

-- Tyrus Thomas continues to impress, scoring 13 points on 6-7 shooting in his 22 minutes. He also grabbed 5 rebounds and swatted 3 shots. How soon until LB gives him a courtesy start?