Share All sharing options for: Blake Griffin three-quarter court alley oop overflow thread; Bobcats trail by 15 at the half

Randy Foye looks up and sees Blake Griffin jogging toward the goal, sixty feet away. He figures, "Why not?" and flips the ball at the rim. 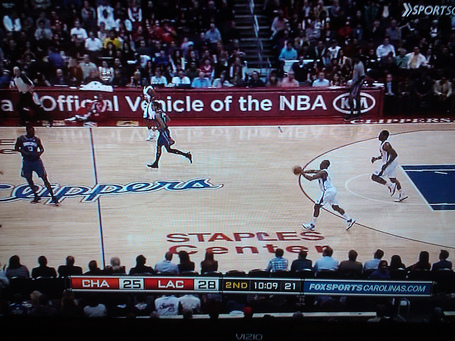 Dominic McGuire is the only one who can defend the perfectly placed pass, but his eyes aren't on the ball. He's watching Griffin, probably completely unsuspecting that hell is about to rain down upon him. 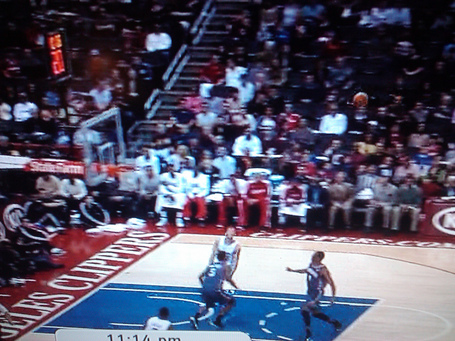 McGuire attempts to shield his eyes from the brilliance. Derrick Brown's knees buckle. 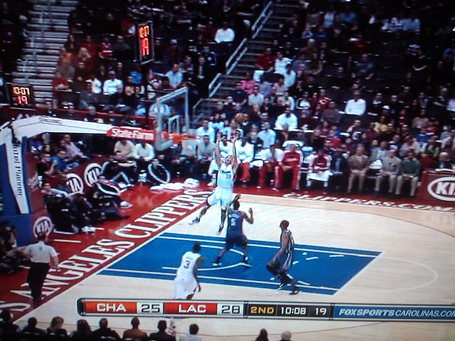 Griffin catches the ball 18 inches from the rim -- again, it was a perfectly flipped sixty-foot pass -- and flushes it through the hoop in one fluid motion. For some reason, Al-Farouq Aminu feels the need to head toward the rim. I'm shocked no one in the crowd is out of his or her seat, since the ball was in the air long enough to elicit a moan of anticipation. 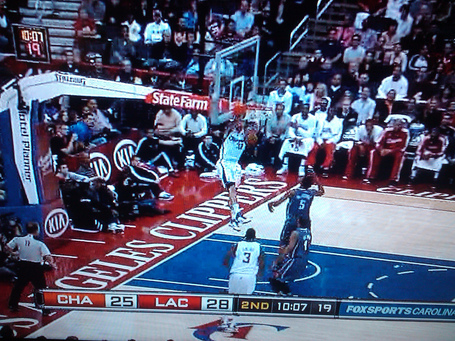 Thanks to Griffin's heroics, the Clippers lead, 57-42, but the Bobcats aren't out of it. This is a game that's screamed for Tyrus Thomas, because no one out there can challenge Griffin.