In the second in our series of analyses of Bobcats players, I take a look at a divisive character among the comment sections here on Rufus on Fire, Gerald Henderson.

Finding very little playing time under Larry Brown, Gerald Henderson saw much more  after the Gerald Wallace trade, when he was moved into the starting lineup by head coach Paul Silas.

If you remember the prior season, Gerald Henderson didn't get any time on the court for a playoff-bound Bobcats team. Though Henderson could have easily been developed into a much more solid player than Larry Hughes if he had just been given some solid minutes here and there throughout the season, Larry Brown opted for an inefficient veteran with shoddy shot selection.

Anyway, coming into his sophomore season Henderson had an impressive Summer League, leaving Bobcats fans excited to see Larry Brown finally give the young guard some playing time. Getting some limited minutes numbering in the teens, Gerald didn't see many shots but knocked down just shy of 50% of his shots from the field, showing some glimmers of what was to come. In early November, I wrote this:

Henderson has played well and consistently, shooting just shy of 50% from the field. He needs to improve his shot from behind the arc, but you have to be encouraged by his mid-range jumper. He doesn't hesitate to take an open look and he's been knocking down shot between 16 and 23 feet out. According to hoopdata.com, Gerald has been hitting shots in that range 67% of the time. I know it's easy to say he's a bust because he hasn't been a huge contributor, but I think as the season wears on we'll see him play more and continue to make strides towards becoming a better player.

Though that prediction of more playing time would be deferred due to some knee soreness that would keep him sidelined until mid-December, it would be realized. Taking an immediate jump in minutes with a new coach, Henderson's role grew. Seeing potential in Henderson, Silas encouraged him, like all Bobcats players, to take open shots. Though he hadn't found his groove in creating his own shot yet, Henderson was taking those midrange jumpers that we've come to be familiar with and he was still a solid, above-average defender. In his first month with serious minutes, Henderson experienced growing pains, with poor scoring nights, but never got discouraged. He had a few good performances, dropping double-digit point totals on a few occasions. In February, things would get better. Shooting even better and putting together four consecutive games with 15 or more points. With Gerald Wallace traded, the Bobcats made it evident that they believed it was time to put confidence in the young man fans affably call, "Hendo" by handing him the starting gig at the 2.

With his minutes ever-increasing, Henderson became more confident in his offense and improving as the season continued. Building his scoring around his midrange game and developing driving offense, Gerald would score in double figures in 19 of the 25 games after the Gerald Wallace trade. Though scoring in double-digits consistently, he wasn't doing it in a variety of ways, mostly using the midrange jumper that became so strong over the course of the season.

As noted often above, Gerald Henderson's bread and butter offensively is his midrange jump shot. Usually running him through a screen to the elbow where he receives a pass, turns, elevates and shoots is the modus operandi for these midrange shots, though he is getting slowly better at shooting off the dribble. Other than that, his best offense is driving and cutting to the rack, where his athleticism and touch allow him to finish at the rim better than most guards.

However, his offense hasn't proven to go beyond that as of yet. His three-point shooting is an abhorrent 19.4%. He doesn't have much of a post game, nor has he shown to be able to elevate in the paint and hit shots (similar to Shaun Livingston).

But he is an excellent defender, especially against those who try to take him in isolation. When defending the isolation play, Gerald Henderson holds opponents to 28.6% FG, according to MySynergySports. On the whole, he holds the man he's defending to 37.2% FG. Not too shabby. He closes out on shots well and his athleticism even allows him block shots occasionally.

It's also interesting to note Gerald Henderson's play in clutch time. He's very confident in his shot and himself and plays even better. Clutch, as defined by NBA Statscube, is play in the last five minutes of a game when the score margin is within five points. In that time, Henderson's offensive rating rises from his usual 101.39 to 120.51 (about 9 points greater than Kobe Bryant). His overall FG% and eFG% rises to 67%.  As one may expect, his midrange field goal percentage rises to an astounding 75%.

The way I see it, Gerald Henderson should focus on two things: drawing fouls and working on his range. Without Gerald Wallace, the Bobcats have found themselves with a major deficiency in being able to get to the free throw line. Free throws, being the most efficient shot in all of basketball, are a vital part to any team's offense, also while weakening the opponent's defense, in forcing them into foul trouble. We all know why Gerald Henderson should work on his range. Being able to semi-consistently knock down threes gives him another weapon to use to keep the defense honest and from focusing on one part of his game. 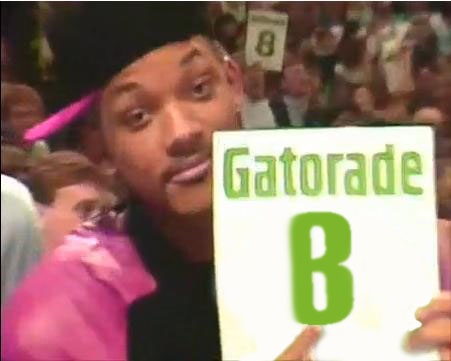