I feel like I should describe how I'm grading the players. I didn't really have any strict guidelines coming into this, but I've noticed some things I've been taking into consideration. First and foremost, I'm judging based on their current talent and skill level. That's why I may give Stephen Jackson a lower grade than Gerald Henderson despite Jack having a much wider skill set and generally being more talented. Remember, I'm grading their performance this season; not their potential to improve next season or anything else. Consistency is another factor. Other than that, I don't have many rules. I take into consideration how I've seen them play, some statistics and basically come out with a gut judgment based on all that.

Also, my apologies for this being so late. I'm coming down with a sinus infection or a cold or something, and I've had a bunch of work to do as well. Anyway, it's here now.

With Larry Brown's high expectations (whether contrived or not) for Stephen Jackson's season, fans were left drooling for an improved Stack Jack. Unfortunately, as we all saw, Larry Brown's open lack of confidence in the team soured Jackson on the hall of fame coach. Losing his respect for Brown, Jackson tried to remain the leader of the team, but as fans could notice, the team's effort was not there. Jackson was no different than whom we've become accustomed to: a streaky volume shooter with a short fuse. He quickly tabulated a ton of technical fouls and was even suspended a game for berating a ref. You know, the usual. I'd go into more detail about his stretches, but they all run into each other. Generally, he had long stretches of sub-average shooting nights broken up by the occasional good scoring night. Under Silas, things weren't much different even with him moving into his more natural small forward position. The move made him a better defender, as he didn't have to guard quicker guards though. Then he tweaked his hamstring towards the end of the season, nagging him and keeping out of important games that would decide the Bobcats' playoff chase.

Let's get this out of the way. Stephen Jackson is the most talented player on the Bobcats. He may not be an efficient scorer, but he's talented on both sides of the ball and can put the ball in the bucket in a variety of ways.

However, he's still the definition of a volume shooter. On the season, he averaged 18.5 points per game on about 16 field goal attempts per game. That's horribly inefficient. But as the Bobcats' main offensive threat while Augustin struggled for months at a time, opposing defenses keyed on him. The Bobcats relied on him in the post a lot as well, even though this strategy was easily countered with double teams that often led to turnovers. His shooting was streaky, as we all saw. My biggest problem with his game was when he would arrest ball movement and take the Bobcats into iso-Jack mode, which hardly ever works well. But when he works within the offense, instead of controlling it, he's much better.

Defensively, Stephen Jackson is no slouch (unless he has to get back on defense after not getting a foul call). He's not very athletic at his age, but he has pretty good footwork. Opponents shoot a meager 37.8% FG against Jackson. But because of the Bobcats weak interior defense, he often gets caught out of position trying to help out, leaving his man open from deep.

Another major issue is Jackson's temper. No one should ever question whether Stephen Jackson loves the game. It's fairly obvious he does. But his emotions often overwhelm him and affect his play. Whether it's in technical fouls, putting on blinders on offense, or not getting back in transition when he doesn't get a call, it hurts the team. He's promised to change, but it's just in his DNA. When he's the best player on your team, that's a big ball and chain to have on you.

Stephen Jackson is 33 - certainly no spring chicken. He needs to get his shot more consistent and find his way in Silas' system better. There's his post game too, but other than that, I can't see him improving much more because of his age and physical limitations. 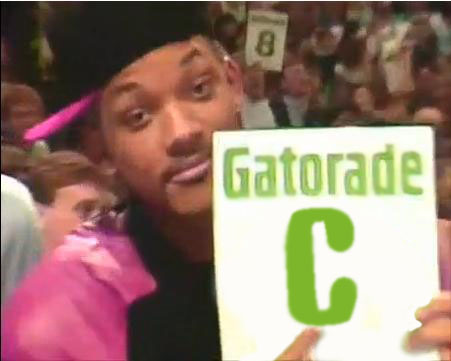