Boris Diaw is an enigma wrapped in a riddle inside of a baguette riding a Segway.

So how does his season measure up?

To say this was a frustrating season from Diaw is akin to saying Michael Jordan has questionable taste in jeans. In the short-lived Larry Brown coached portion of the season, Diaw's play was sporadic. He would have a really impressive game (including a triple-double against Philadelphia) but too often couldn't even string half-decent games between the good games. With Jackson and Augustin doing most of the ball-handling and scoring, Boris isn't as responsible for those duties and seems to take a more submissive role, disappearing on offense. Under Silas, things didn't change much - consistent inconsistency. His extreme passiveness flummoxes coach Silas in his "shoot if you're open" offense, in that Boris will pass up a look before even thinking about attacking. During a crucial game against Indiana that would help decide the Bobcats' playoff hopes, Diaw would be benched by Silas for the whole fourth quarter after Boris attempted no shots in 24 minutes. That seemed to be a turning point of sorts for the Frenchman. Diaw found a healthy equilibrium between aggression and utilizing his passing skills as a secondary ability. After that Pacers game, Boris averaged nearly 14 points per game on 51.56% FG with 6 assists per game and 5.33 rebounds per game.

As with most Bobcats fans, my frustration with Boris stems from his inconsistency. Far too often Boris doesn't recognize that he has the best shot at scoring and passes out of a good look. He's too passive for his own good. Diaw is a much better and more effective player when he's aggressive and looks to pass only if there's an immediate better option or if his window for a good shot closes. His aggression helps create many more chances on offense by drawing defenders, which spaces the floor and opens up teammates for easy looks.

Though many NBA fans don't recognize it (Diaw possibly included), Boris is an excellent player in the post on offense. He makes 55% of his field goal attempts when he posts up. Unfortunately, he doesn't post up enough - only 18.6% of the time, according to MySynergySports.com. But although he's not the fastest player, he uses his weight to back down defenders and spin or hit a soft baby hook. Or he may find a cutting teammate or someone open behind the arc. It's just such a shame Boris isn't aggressive enough to take advantage of this strength.

Diaw's range also does well to stretch opposing defenses. But as is the case with so much of his play, when unmotivated, Diaw doesn't keep defenses honest and his range doesn't make a difference.

Boris is also an above-average defender, though he won't force turnovers with blocks or steals or drawing charges. He has trouble with the pick and roll but Boris defends well in the post, using his body and wingspan to contest shots.

His other main problem is rebounding. He doesn't box out well and is often easily outworked. His instincts for rebounding are also incredibly poor. Among power forwards that played in 40 games or more and averaged 30 minutes per game or more, Boris had the worst TRR (Total Rebound Rate, or the percentage of rebounds a player grabs while they're on the court) at 9%. Compare Zach Randolph for a minute. Z-Bo is only an inch taller and also 25 pounds heavier (according to ESPN.com). And yet, he averages more than double Boris' rebounds per game and more than double the TRR. Randolph has a bit larger of a wingspan but he isn't more athletically gifted (he can barely jump over a playing card); rather he just has good rebounding instincts, boxes out well, and works damn hard. But I digress.

I'd like to think Boris Diaw can work on his rebounding, but cleaning the glass is basically about three things: desire, knowing the bounce of the ball, and physical ability. And really, as long as you have two of the three, you can beat most players. But Boris has neither the untamed will nor the physical ability. I had high hopes for Diaw's rebounding to makes progress since the coaching change, but I haven't seen anything that makes me think that Boris will see any effect similar to Kwame's. The hope remains, but only because I just don't want to give up completely.

I also want Boris to solidify his range. 'Nuff said.

What can he do to become more aggressive? See a psychologist? Whatever the case, I want to see Diaw looking to find his own shot and be a passer second.

Note: I really struggled deciding between a C- and a D+. I really like Diaw's skill set but he just doesn't utilize near the potential that he can reach. So I gave him a C - -

EDIT: I changed Diaw's grade after reading this: "Taking all that money is a tacit agreement that you'll play to your capabilities." That was from Danny Savitzky of Nets are Scorching. And Boris doesn't do this at all. He doesn't understand that a pass-first mentality isn't what the coaches want nor what's best for the team. He's capable of playing one of the most diverse games in the NBA but doesn't come closing to realizing his abilities. And that's why I changed his grade. 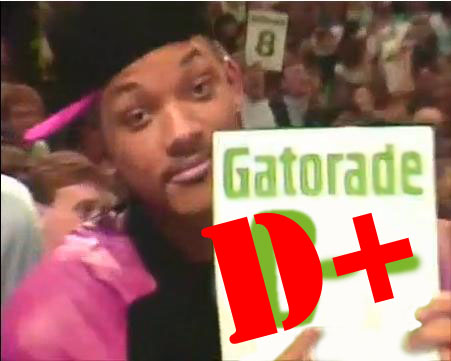