O ye gods, we have prayed to thee for a true center for eons. And lo! This year you finally gifted us, your humble servants, with the most perfect center to ever been birthed since Michael Olowokandi or Jim McIlvaine - KWAME BROWN! Like manna from heaven, Kwame Brown descended upon us in our time of need. Using his mighty hands of stone, he smote our enemies and struck down opposing centers like they were all Kwame Browns. With amazing lion-like ferocity, he smote opponents with an awe-inspiring jump shot, all while stunning his fawning fans with his magical Michael Jordan abuse tolerance.

And so, we must give thanks to ye, maker of Eddy Currys and Robert Swifts.

Kwame was signed to a one year, veteran minimum contract (a little under $1.3 mil) to the derision of just about everyone. Here you had one of, if not the biggest draft bust in NBA history being reunited with the man who drafted him - Michael Jordan. Kwame Brown is the go-to reason for those who say Jordan is awful in the front office. It was such an unusual decision. The two have a rocky history, dating back to their time together on the Wizards, most notably with the story of practices with Jordan calling Brown a "flaming f*****." But despite the past, the situation was different: Michael Jordan wasn't trusting a young, wet-behind-the-ears 19-year old to be a franchise player. MJ and the Bobcats F.O. was just looking for a big body to back up an already weak frontcourt. But I don't even think they ever imagined what Kwame would become by the end of the season - a capable NBA-quality center.

Larry Brown, sticking to Nazr Mohammed in the starting lineup and using Boris Diaw or Tyrus Thomas as undersized centers when he liked to go small, would leave Kwame Brown inactive for most games in the first few months of the season. Couple that with an early ankle injury and he saw little time even in a reserve role. Coming off the bench, he would have decent bench games of 6 points and 4 rebounds or so. Little did anyone know we would soon rely on him to BE the Bobcats frontcourt.

Gaining steam and improving as he got more playing time with Nazr Mohammed and DeSagana Diop missing games with injury, Kwame would really break out when the new coaching staff of Paul Silas and Charles Oakley would help Brown become a much better player. With Silas' trust in Kwame to shoot rather than passing out of open looks, Kwame would become more confident en route to being a solid rebounder and stunning Bobcats fans and NBA heads everywhere.

When Nazr Mohammed was traded to Oklahoma City, the Bobcats would rely on Kwame Brown to start at center - the only active center on the roster with Diop out for the season. Surprisingly, Kwame would prove to be a decent starter for the Cats, rebounding well and even showing off some post moves, effectively turning the basketball world on its ear. His season would culminate in an impressive 23-point, 13-rebound game against the Miami Heat.

Charles Oakley told me that Kwame's turnaround was mostly due to newfound confidence from Silas the coaching staff, as well as Oakley's help with strength. And it shows in his offense.

Whereas in the past when coaches wouldn't trust Kwame at all on offense, Silas has told him to shoot when he's open, just like any other player in the offense. Sometimes this is not a good idea, considering Kwame's range hardly extends beyond his wingspan. However, his Elephant Man-ugly shot will occasionally find the net. His post game isn't great as he's not a great ball handler but with his strength he can get decent post position and put up a hook shot. He also manages to draw fouls on about 20% of his shot attempts in the post.

Kwame was also a good weapon for the Bobcats in the pick and roll offense. Teams often overplay the ball handler, leaving Kwame open to roll while his defender tries to make up for lost ground. Kwame shoots 62.1% and draws a shooting foul 28.3% of the time in the PnR.

He has also shown to make strong cuts. When a teammate drives to the basket, they'll draw a defender, leaving an open lane for Kwame to cut through, catch a pass and make a layup. According to mysynergystats.com, Kwame's FG% on cuts is 63.6% and drawing fouls 13.2% of the time.

Kwame's a decent rebounder for his size as well. He blocks out and is pretty strong, but he's not particularly outstanding.

And though it's said quite often, it must be said again that Kwame's hands are flat out bad. They're small and have trouble catching passes from time to time, causing turnovers or allowing defenses to close windows for the offense.

His defense isn't great, but it's acceptable. Kwame doesn't have the shot-blocking instincts and won't force opponents into turnovers, but he's a tree in the lane that affects shot selection. He has problems with defensive footwork and can be beat by quick post moves. Still, he holds his man to 42.2% FG and doesn't foul much.

His biggest weaknesses have to be his jump shot and his free throw shooting. They're hideous. He shoots 59% from the line. Sure, that may be better than Gana Diop, but that's like comparing, well Kwame Brown to Gana Diop.

Kwame's contract expires this year, but I think he probably returns for the Bobcats. I'd like to see him work on his free throw shooting, of course. Also, I want to see him develop his footwork on defense, strength and post moves.

He's not incredibly talented, but he's an apt back-up center that can even start in a pinch. The transition he underwent this season is amazing and wonderful to see. However, he's just not that great an option for a long-term starter. 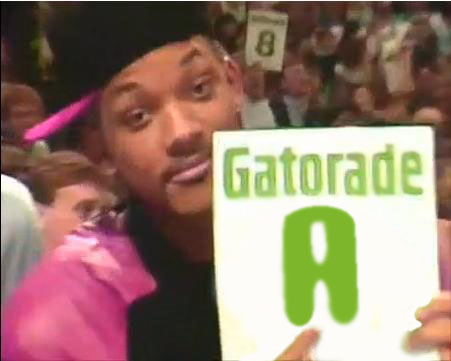