Game Overview: After the last two debacles of games, losing to two of the worst teams in the NBA, the Bobcats fell to 2.5 games behind Indiana, practically killing their playoff hopes. And now, with basically zero margin for error, they face the Orlando Magic, a team they've had trouble with for years.

Once again, we'll see the Kwame Brown - Dwight Howard matchup, which should undoubtedly be pretty one-sided. Dwight is just too quick, too strong, too athletic, too just about everything. Boris Diaw will be matched up against Brandon Bass, whose strength should give Diaw some trouble, but Boris should be versatile enough to take the ball inside and also able to shoot from outside. Whether he will do that remains to be seen, much like these previous couple of games. Dante Cunningham probably starts again at the small forward, against Hedo Turkoglu. Gerald Henderson will defend Jason Richardson and D.J. Augustin will match up with Jameer Nelson.

Key Matchup: Malaise vs. Desire - Do the Bobcats come out like the past few games, looking humdrum, and fall to a big deficit early? This isn't a team that you can easily make big comebacks against, especially with a team that has scoring problems like the Bobcats. Charlotte must be focused throughout the whole game to stay tight and have a chance at beating Orlando. 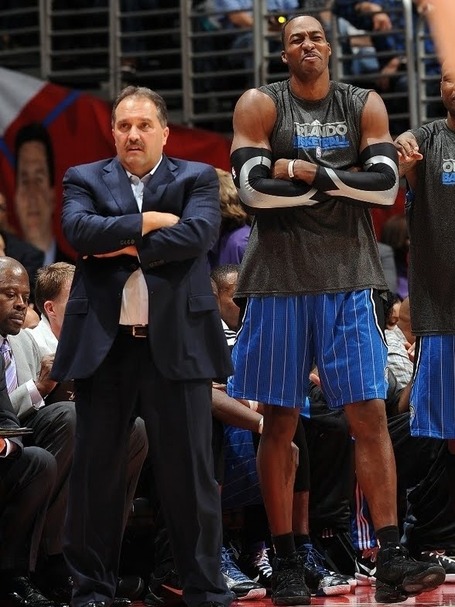