Rod Higgins: "We will get this right"

Share All sharing options for: Rod Higgins: "We will get this right"

"We will get this right," Bobcats general manager Rod Higgins said with conviction Thursday, when asked about leveraging three picks in the first 39 into improvement in the next few years.

No mincing of words there, pals. Mr. Higgins spoke with some feller named Rick Bonnell from a small, local newspaper called the Charlotte Observer for Bonnell's most recent piece.

Derrick Rose re-entering the draft blunder aside, it was a good article full of interesting information from draft strategies to prospects (also, check out this from the Observer that focuses on a couple of players the Bobcats may  be looking at with each pick), and you get to hear straight from the GM's mouth about what he looks for most in players:

But let's go back to Rod's assertion that "we will get this right" - that's a pretty bold statement considering the team's history with drafting, the Bobcats' needs, this draft's lack of talent that would fill those needs, and Higgin's own words that this draft is basically a bunch of "Landry Fields-type players." My take after the jump. 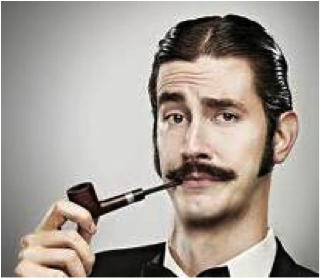 "I am a bit dubious, I am." - Upper class English gentleman

Well, it certainly should.

But not that much.

There are the players for whom I might run naked through uptown Charlotte if we draft them (top three guys, basically) but after that, there's not much I'm really excited about, from what I've seen. With these picks and the talent likely available for our picks, the chance we're going to "get this right" with this draft and improve the team a bunch is a little slim.

If the ping-pong balls fall just the right way and we end up essentially falling backwards into a top pick, the chance to find a player that would vastly improve the franchise is there. But frankly, with our likely picks, I think it's difficult to see us have a wildly successful draft for the class that is out there.

And by this, I don't mean to come down on Rod or the fanbase like some kind of wet blanket. The team will improve over the injury-riddled roster we had to end the season through continued development of young guys, and some talented draft picks but at the cost of Gerald Wallace, this isn't about to be a great improvement this year.

The team is in fine position to grab some decent players - a couple solid role players and a possible future starter, I'm sure. But what the Bobcats really need is a star who can score in a variety of ways. Does anyone see one of those after the top three prospects? I can't say I do. Kemba Walker is a talented scorer but the Bobcats already have a small, quick point guard. Alec Burks is a talented offensive guard who is great in isolation and creating his own shot, but has serious problems with his jumper. Undoubtedly some of these players can be good or even great scorers, but nearly none of them are sure bets.

If not a scoring star, the Bobcats also need a talented center. Look, I like Kwame. But he's not a starter. He's a fine backup, but the Bobcats need someone who can average a double-double. Outside of Enes Kanter, I don't really know who can do that from the get-go. The talent of the prospects at the center position may very well be as thin as Alexis Ajinca once was in 2008.

If there's a team trying to trade down, the Bobcats could look to trade their first-round picks (and probably a young player, as well). Or the Bobcats could find themselves trading out of the 9th pick to a team that knows exactly who they want and is willing to give up a player the Bobcats would like. But that's mostly just wondering aloud. With such a dropoff in talent after the top three players, it's hard to imagine that a team would want to trade out of that area, unless the Bobcats give up considerable value.

Whether or not the Bobcats trade their picks or draft players with them, unless they make a total bonehead play, these picks will leverage team improvement over the next few years, as Rod says. Taking into consideration the holes the Bobcats have, they should be able to find some fit, even though it may not be the most round of pegs into the circle hole (see above: scorers, centers). It remains to be seen at this point how big that impact could be. What seems like a mediocre player now can look completely different in team workouts. There is still the chance that a player like Jordan Hamilton comes out in draft workouts and really wows everyone or a seemingly top prospect falls to the Bobcats.

Whatever the case, I think Rod is probably correct in his affirmation that this year's draft picks will bring about improvement of the Bobcats in the coming years, though mostly indirectly. Surely, the Bobcats will improve and get more talented via this draft. But I think a commitment to developing the young talent we have and the players we may draft in the upcoming season (NBA/NBPA willing) will be what really furthers the Bobcats' rebuilding process. It probably won't be pretty, and the team may get worse in the short run if they choose to try to trade the team's more talented veterans to get big contracts off the books, but if they focus on developing the youth they have, the Bobcats could be setting themselves up to having a committed, young core with possibly the draft position to get the superstar they need next draft.

Ultimately, that is how the Bobcats may "get it right." I doubt it happens through this year's draft, but I think the Bobcats should be able to get a couple players who can contribute to the future of the team, even if they don't completely change the makeup of it. Through my eyes, it's the following year that will determine if we got this right.

As a reminder, the NBA Draft Lottery is on Tuesday. Please don't break any mirrors.