If you buy something from an SB Nation link, Vox Media may earn a commission. See our ethics statement.

It's the most exciting moment for the Bobcats since, well, I guess our playoff series against the Magic last year. A lot will ride on our draft position; most importantly, possibly the future of the team. Lucking out and somehow getting a top-three pick would do wonders for the Bobcats, while possibly going down in draft position would just flat out suck. I could word that a little more eloquently, but frankly, it just would. It wouldn't be the worst thing in the world, but it would be the ultimate cap on this season.

So put on your lucky underwear, get ready to sacrifice the best goat you can find, have surgery to replace your human feet with rabbit feet ‒ whatever you want to help the Bobcats get lucky.

The lottery begins at 8:30 pm EST on ESPN and the Bobcats have sent Paul Silas to represent the team. The last time Silas went to the draft lottery for an NBA team from Charlotte, it was 1999 and the Charlotte Hornets capitalized on a .73% chance to get the third overall pick, instead of the expected 13th. Hopefully something similar happens, but of course, don't hold your breath ‒ it is the Bobcats, after all. 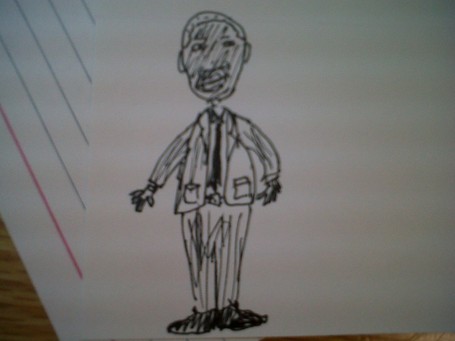