Share All sharing options for: Counting Down the Top 24 Bobcats of All-Time -- #10-6

Now we're getting to it.

Bring on the laughter. Done yet? No? How about now? OK, let's begin. People forget that Primoz was more or less a consistent, competent starting center. Now, he wasn't an exceptional talent, let's not be mistaken. He had nice touch on his jump shot and was a fair rebounder. At 7'2", Brezec had great size but was an average athlete. He was neither extremely strong nor quick, which hurts when you have to match up with centers like Dwight Howard four times a season. It sounds absurd now, but it was not all that surprising to see Brezec put up 20 points on a given night in 2004 or 2005. And he contributed consistently for two full seasons before back injuries played a big part in his dwindling play. 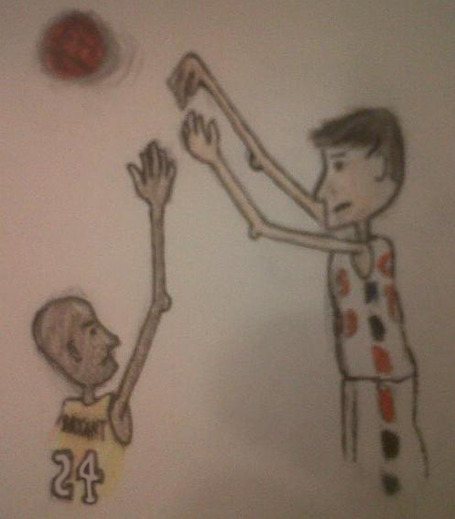 I give Matt all the credit in the world. He was undrafted and drifted off and on NBA teams and in the NBADL. He finally found his niche in the NBA on the Bobcats as a spot-up shooter. Featuring efficient form on his shot, he really rocketed onto the scene towards the end of the 2005-06 season when he received considerable playing time and scored efficiently. The following seasons, he was one the Bobcats' main bench scorers, but a subpar defender. When Larry Brown came into the picture, it wasn't surprising to see his days numbered. But he tried to change his game altogether, and arguably succeeded, which not many players can do. Now he isn't as great of a scorer and his shot isn't as consistent, but he plays hard on defense and drives into the paint more, finishing at the rim with a career-high 54%, according to Hoopdata. 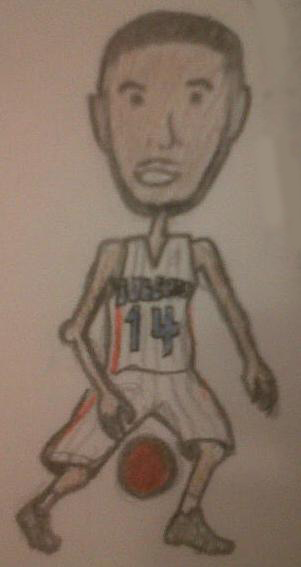 He had a very rocky sophomore season for the Bobcats, but his talent and production cannot be denied. His rookie season was a bright moment for the team, with Augustin averaging about 12 ppg on nearly 44% shooting from downtown. His sophomore season has barely half that and featured a major shooting dip as his field goal percentage dropped to 38.6% and his three-point shooting fell to 39.3% (which is still good!). His confidence looked shaky and having Larry Brown as your coach certainly doesn't help that. But he bounced back, especially with the arrival of Paul Silas letting him take the reigns of the offense. He's not a great playmaker but is a fine passer and has really improved his shooting in the paint (up 13 percentage points from his second season). His major weakness is on defense. Augustin doesn't fight over picks or screens well and his height is a problem since taller guards can shoot over him. 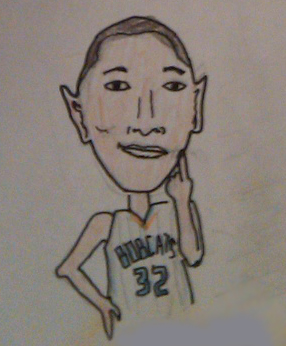 Ever since his first season with the Bobcats, Diaw's time in Charlotte has been scrutinized because of his hefty check and the Rufus on Fire-deemed "nonchalance." To break his game down a bit, Diaw is quite talented as a shooter, passer and defender, though he is not elite at any of those things. He gets too comfy with his own fancy passing and becomes one-dimensional on offense. He also isn't as aggressive as he needs to be to fully be an efficient part of a team. His range is great for a PF and he can also handle the ball, becoming a multi-faceted threat on offense, when he wants. His skills on the block often go unheralded, although he has a nice baby hook and is strong (or heavy?) enough to back down other power forwards. Further, though he is nowhere near athletic to rack up blocks and his feet aren't very quick, he can play effective defense. Remember, arms are not just the only part of your body that defends an opponent. As is Diaw's way, fans question his passion for the game and though I don't quite buy that he lacks passion, I believe he isn't as intense and committed to his all-around game, which would help the team more than the player he falls back on being. 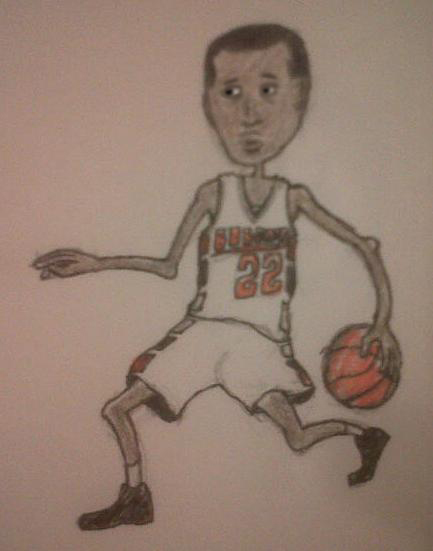 No one in Bobcats history has run a meaner pick and roll. Most point guards throughout the league can't. And he did it with limited talent roll guys. Knight was a precise passer with great court vision. Even though he came to the Bobcats as a 29-year-old, he was still a quick little bugger with fast hands, and also a good defender. He averaged 1.97 steals per game in his three years in Charlotte. Though quite undersized, he could stay in front of just about any opponent with his quickness and create turnovers with his quick hands and reactions. His scoring ability was limited, with poor range on an inconsistent jump shot. But his talent to set teammates up for good scoring opportunities has yet to be overcome in Bobcats history. Knight also had extremely good basketball IQ and a great assist to turnover ratio with 3.69:1 in his three seasons as a Bobcat.