Share All sharing options for: Counting Down the Top 24 Bobcats of All-Time -- #3-1

It appears this decision may be a tad controversial. We all know Gerald Wallace is number one. So numbers three and two are between Emeka Okafor and Stephen Jackson.

There probably hasn't been any Bobcats player that was more controversial in his time here. Jackson threw abusive bowls of alphabet soup at referees. He stood under his own hoop protesting a no-call, while the opponents raced to the other end of the court. But he also was instrumental in the team's first playoff berth. He rocketed into the franchise record books in more categories than I can name off the top of my head. His on-court play ranged from distant, flinging shots with reckless abandon to scoring at will with more hands in his face than Frank Dux opponents. He could defend and score, post up - just be an overall versatile player. But his style often halted ball movement, which was critical to the Bobcats offense that relied on efficiency since they played in a slow-it-down offense for most of Jack's tenure in Charlotte. And even when his shots weren't dropping through the hoop, it didn't stop him from heaving them at the rim regardless. His popularity in Charlotte waned as the team free-falled from their previous playoff berth to the basement of the league. He seemed upset and it was later revealed that he didn't care much for Larry Brown, who had supposedly given up on the team, according to Jackson. His hamstring injury took him out for the last stretch of the season in spite of his fiery passion to play and his effort to push the team for a final playoff push before the team shut him down for the last week or so of games. 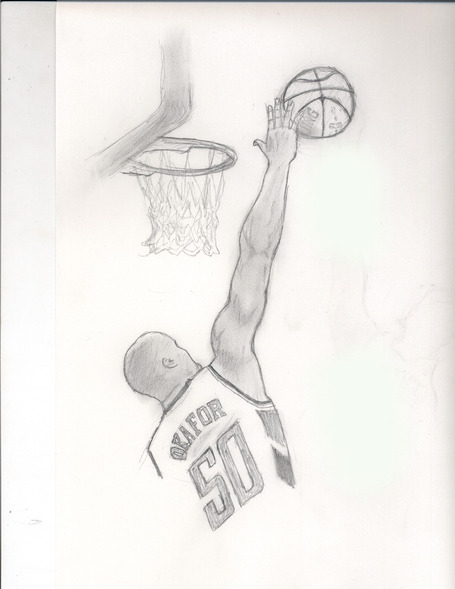 "But he didn't lead the team to the playoffs!" You don't say. But punishing Okafor for not having as strong a supporting cast is asinine. Stephen Jackson and Emeka Okafor are not parts you can substitute for one another. Yes, Jackson was instrumental in the team making the playoffs. Neat. He was working with top-of-his-form Raymond Felton and healthy Gerald Wallace. He had a Larry Brown-curated team that was made to make the playoffs for one season. Okafor's surrounding talent was close but just shy of being a playoff caliber team and didn't have the quality of coaching either. His Bobcats teams were developing young talent and got better as they went, save for that Sam Vincent season. Okafor was more consistent and able to contribute more than Jackson ever was in his two seasons. Sure, Jack could occasionally pour in buckets at a rate Okafor could not. That said, Okafor has a clear edge on defense and a slight deficit on offense. And that is why Okafor squeezes above Jackson for the No. 2 spot. To elaborate, Okafor was a shot-blocking force for the Bobcats, averaging 1.88 blocks per game. He was strong, though a smidge undersized to play the center. His defense had few flaws, as he had great instincts, quick hands, good athleticism and impressive weak side defense. Okafor was also an extremely intelligent player. His offense was solid, with the ability to finish strong at the rim and to post up well, though relying on him to be your leading scorer would not be wise. His offensive skills weren't as diverse as one would hope, but you can't complain much about a guy who can consistently give you around 14-10-2 on most nights. Okafor's Bobcats history was slightly marred with ankle injuries that cost him most of his second season, but he came back to become a pretty durable player. 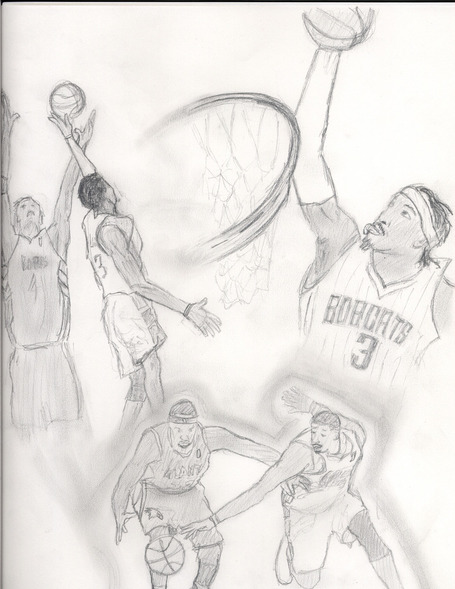 Where to begin? His Bobcats career certainly wasn't smooth as his style and his game. Have you ever seen his shoulders? They have rugged sharp ridges and bumps like the three dimensional topographic maps of mountain ranges. To me, they serve as reminders of his time in Charlotte. He fought injuries every season but never lost his fire or encountered fear. Bone bruises, concussions, punctured lungs and fractured ribs - all mere speed bumps to the man called "Crash."

Coming from a high school in Childersburg, Alabama, which is a town slightly larger than the high school I went to, he was just short of exactly what you want for a star player with whom a fanbase can identify. Gerald was tenacious in every aspect of the game. He outrebounded men taller and stronger than him with effort and the smarts to predict how a shot may careen off the rim and backboard. He was an elite defender, able to defend a range of positions from SG to PF. Wallace's athleticism and nose for blocking shots made him one of the best weak side defenders. He created turnovers without taking an exceptional amount of risks and he didn't take plays off. An extremely talented athlete, he had a huge vertical, great quickness and speed, good strength and reactions. Not a great ballhandler, he could manage the ball pretty well for a small forward and was an average passer. Wallace wasn't great at creating his own shot but drove to the hoop with reckless abandon and used his athleticism to elevate and finish at the rim above defenders. Sometimes this played against him as defenders could see his path and force him into charges. His jump shot was a work-in-progress for most years, but it came along about midway through his time in Charlotte. Wallace's form on his jumper wasn't great, which, as a mostly spot-up shooter, made him a slightly inconsistent range shooter. Towards the end of his Bobcats career, he picked his shots from range better and increased his three-point percentage. Further, he was outstanding in transition, both on offense and on defense. He was a talented but not quite an elite scorer due to his inability to create a shot for himself or others out of nothing, but he more than made up for it by creating more possessions for the Bobcats with turnovers and ending opponents' possessions with stout defense, forcing them into bad shots. He was a strong vocal leader capable of leading by example. Not the most durable Bobcat by any means, he was by far the toughest, most important, most talented player the franchise has ever had. And for that, he is Rufus on Fire's Number One