"Wear You Out" - TV on the Radio (via ptrckmnnn)

Today could be the reunion game between Kentucky pals Michael Kidd-Gilchrist and Anthony Davis. The reunion was in question after Davis was sidelined following his concussion, but could be back on as the NBA could clear him for tonight.

Davis looks like the real deal in games so far, showing off his midrange jumper, rebounding prowess, basically what he was thought to be has been on display at least in the few games to this point. Austin Rivers should also be back in action, though that might be worse for the Hornets considering his 20 percent FG%.

Meanwhile, Gerald Henderson is out for the Bobcats still. Mike Dunlap started Jeffery Taylor last time, to underwhelming results. Still, most of the damage would likely not come from the Hornets backcourt anyway with Eric Gordon out. Rather, I fear more about their frontcourt. Davis and Ryan Anderson prove to be a solid PF duo, even though not a household name partnership. Anderson's range is extremely good and he rebounds pretty well, too.

The Bobcats' zone press defense had varying results the other night, but the Hornets are a much younger team and will probably be forced into more mistakes. 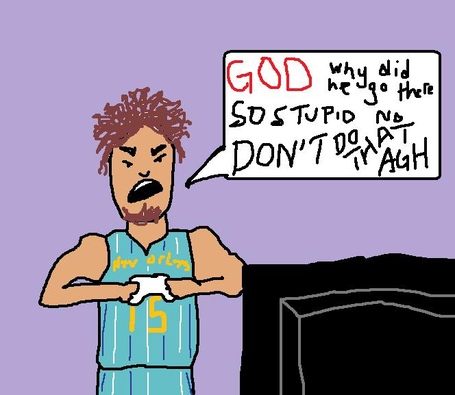