This game is already lost. The Bobcats cut Cory Higgins yesterday. It's pointless. That was the one player I had hope in to break this losing streak, and now he's gone. Is there any hope?

How can the Bobcats face the Warriors and a healthy flourishing Stephen Curry without their own son of a Bobcats employee? The dynamic is all out of whack now and what even is the point of showing up tonight. Ugh.

I guess we'll just have to look elsewhere. There are some great matchups to watch tonight: Kemba Walker on Stephen Curry, Gerald Henderson on Klay Thompson, Michael Kidd-Gilchrist on Harrison Barnes, and Bismack Biyombo on David Lee (assuming Biyombo starts again after the other night's massacre).

Thankfully, the Warriors aren't that great of a three-point shooting team (the Bobcats' biggest weakness) but Golden State can certainly exploit it by sticking Klay Thompson on the weak side of their offense and exploiting the Bobcats' weakness to defend ball movement. In fact, I wonder if they'll try to stretch the offense by running Jarrett Jack at point, Curry at the two and Thompson at the three to put some of their best shooters on the floor.

The Biyombo-Lee matchup is very intriguing to me considering how good Lee is on offense and how talented a rebounder he is. It should be an interesting look at Biyombo's development as a defender in the post. Lee could especially be a dynamic factor tonight, considering how well he gets offensive rebounds and how poorly the Bobcats rebound on defense. 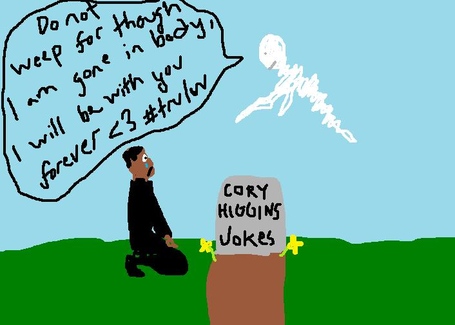