The last time the Bobcats played the Hawks, it was one of those games the Bobcats stayed close in but inexperience led to late failings. Ben Gordon had 20 fourth-quarter points to push Charlotte within one in the final seconds, but the Bobcats had their common troubles of inbounding the rock, turning over their best shot at winning the game.

Lately, Ben Gordon and Ramon Sessions haven't been as hot as they were in that game. The key in these games for Charlotte keeping this close was beating Atlanta at getting to the rim. But the keys for Atlanta in their wins were extending possessions with offensive rebounds, getting more scoring opportunities and ball movement.

On the heels of Bismack Biyombo and Byron Mullens' strong games last night, perhaps the Bobcats can go with some man defense so their weaknesses guarding the three-point line aren't so blatant. The Hawks are going to bring pressure to force turnovers so the Bobcats will need to limit making unnecessary turnovers on their own. They'll need to utilize ball movement to ensure the ball doesn't get stuck on the perimeter. The Bobcats tend to try too hard to get the ball inside purely on one-on-one penetration instead of working inside-out passing lanes. This leads to low-percentage contested long jumpers or turnovers or shot clock violations. 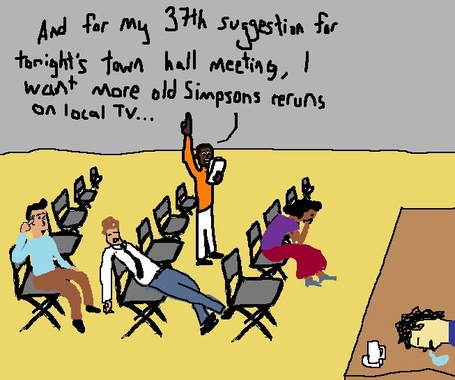