The Knicks have played very well of late, putting Linsanity and the following loss of him well into the rearview mirror. But why?

I'll tell you why: because the Ball. Don't. Lie.

Rasheed Wallace is the Michael Jordan for the Internet age, unretiring and putting the rest of the league back on blast like he never left.

I guess it helps that Carmelo Anthony is playing well and shooting efficiently, too. Posting and Toasting, SBN's Knicks blog, has a good look at this they just posted recently. And somehow they've been doing this with more than their fair share of injuries. Amar'e Stoudemire is out for another month or two after knee surgery, ditto for Iman Shumpert, Jason Kidd is hurt with back spasms (but might play tonight) and Marcus Camby with plantar fasciitis. Raymond Felton is injured with a bone bruise but expects to play through it, as Bobcats fans can remember his toughness and willingness to play through pain.

And I wouldn't want to forget Tyson Chandler, who could absolutely kill the Bobcats on the pick and roll and rebounding tonight. 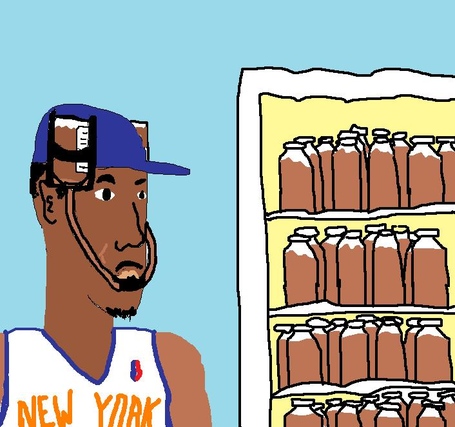