I haven't seen the Bobcats win since January 4 against the Knicks. Either work or school have precluded me from being a part of the viewing audience in the past five wins. And it pains me so much. It's becoming ingrained in me that I never see them win. Futility in basketball form every time. It's the pits. The sheer conceivability that it could be until next October that I see the Bobcats win a game partially depresses the hell out of me and partially makes me laugh so hard I pee my pants.

But tonight, I had hope it would all change, especially heading into the second half.

The Bobcats kept it close early, despite not getting much going offensively in the paint. There was much to be concerned about and in a way, it should have foreshadowed the coming beatdown. Long jumpers are unsustainable over the course of an NBA game. But lo, the Bobcats were taking advantage of lackluster defensive rotations and solid ball movement to find the open man in the midrange. Gerald Henderson was hamstrung with early foul trouble but had a couple moments of driving to the hoop. For whatever reason -- complacency? -- the 76ers abstained from pounding the rock into the paint and preferred to battle the Bobcats at our own stupid game of long twos. The next thing you knew, Kemba Walker and Lou Williams were pushing the tempo and the game got sloppy and fast. Heading into the break up only two, Doug Collins looked like he ate his hat. I was somewhat optimistic. 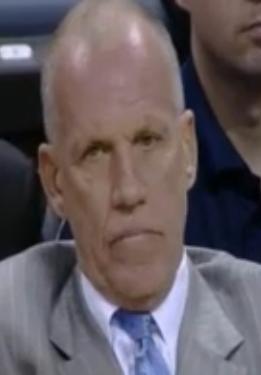 Then it all changed. My computer decided to crap out for all of the third quarter. During that time, the 76ers ran away with it, stretching the two-point lead to 13 points. Doug Collins must have chewed his guys up at halftime and spat them out a changed squad. Their defensive rotations were tighter and more pressuring, limiting the Bobcats' ball movement. Charlotte also couldn't hit a shot. After shooting 48 percent in the first half, the team FG% fell to about 41 percent heading into the third quarter. Philadelphia had expanded their offense to rip into the belly of the Bobcats like a zombie ripping into Dale from the Walking Dead. Philly would finish with 50 points in the paint to the Bobcats' 26. The Sixers spread the ball around and neither Augustin nor Walker could slow down Jrue Holiday or Lou Williams, who either shot over them (mostly Lou Williams, who has fearless shot selection) or went by them.

Then in the fourth quarter, my computer finally regained consciousness and I was able to witness all that was remaining coming crumbling down. Reggie Williams was hitting his stride offensively and Kemba added a nice scoring and assisting punch off the bench. Everything else was just ... agh. I mean, Holiday, Williams, Brand and Thaddeus young combined for 75 points on 34-for-50 shooting. Yeesh.

On the plus side, Bobcats Play-By-Play Announcer Steve Martin gave Byron Mullens a new nickname: "The Doctor of Denial," which is inaccurate to the point of hilarity. This led to me and Clay Mitchell (of DidTheBobcatsWinLastNight.com) coming up with our own nicknames for Mullens in the same vein as Martin's thinking. They included:

Hopefully that cheers you up as much as it did for me.