Game Overview: Guess what, friends? Only 12 more games left in the season. We're so close to surviving. I know we're on an 11-game win losing streak, but hang in there. There are some games left where the Bobcats could pull something out of their behinds: a couple against Washington, one againse Cleveland, Detroit, New Orleans and Sacramento. There are by no means easy games for the Bobcats, especially banged up like they are - but if they can pull a semblance of a team together, these are the games they have the best shot.

Tonight, it's the Wizards. At the trade deadline they shipped off talented, yet often humor blog fodder machines JaVale McGee and Nick Young for a proven veteran in Nene Hilario. Nene adds a fantastic post option for helping John Wall, something McGee just couldn't provide. And Young's departure doesn't take away much considering he and Jordan Crawford are similar. Wall's been struggling as a shooter lately. Here, let's have a pop quiz: whose statline over the past 10 games is John Wall's and whose is Kemba Walker's?

Key Matchup: Kemba Walker vs. John Wall -- the answer to the above quiz is Kemba is player X and Wall is player Y, which probably doesn't surprise you, but it surprised me how close they are. And Wall's working with a much better supporting cast. Anyway, Wall's a big dude and should have little trouble getting past Walker to get to the paint. But the Bobcats have had little difficulty also forcing Wall into turning the ball over. And Kemba's a quick little feller, too, which can give Wall some fits. 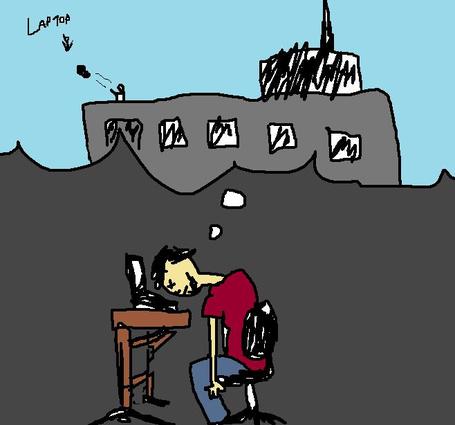 It's me trying to survive this week!