There are eight total logos. We have the unveiling video here and tidbits about the design process.

Michael Jordan took center stage during halftime with former Hornets Dell Curry, Muggsy Bogues, Kelly Tripucka and Rex Chapman to reveal the next stage of progression in the exciting rebranding of the Bobcats to the Charlotte Hornets: the new primary logo you see above.

They also showed a couple alternate logos very briefly during the introduction video, seen below. 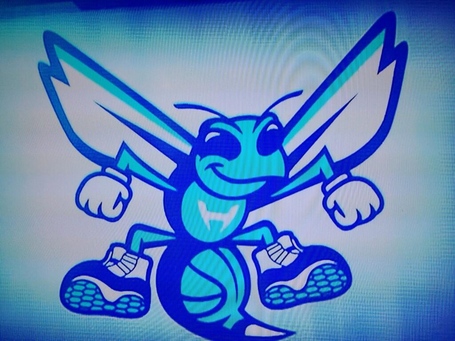 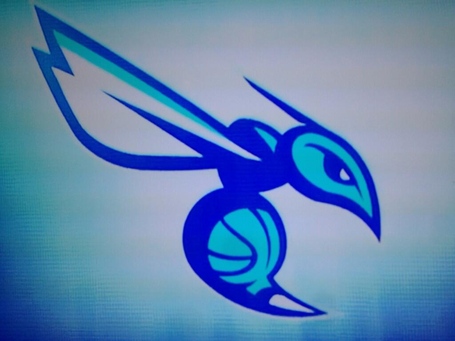 There are eight total logos at the Buzz City website, which confirmed the others as alternates. Below are a couple of my favorites but there are more, including Hugo logos and silhouettes. 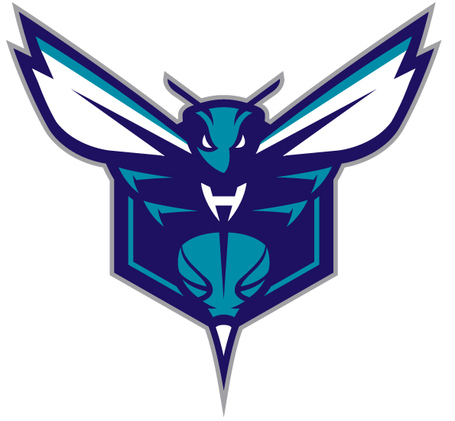 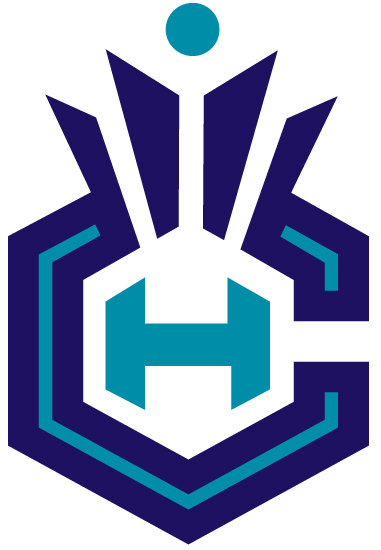 Before the game Bobcats president and chief operating officer Fred Whitfield said "To have those guys back, to have them be on court, to have our fans be able to connect with the history and the dynamic organization that was here before, and to pass the torch so that our new fans will transition from Bobcats fans to Hornets fans is something that we think is going to be [exciting]."

"We think this Hornets brand is going to really galvanize our fans with Hornets fans" to "connect our current fans, those that have been with us and have been very loyal, and those that were very loyal to the Hornets organization.

"As we looked at what our logo would be," Whitfield continued "we really dug deep into the DNA of what hornets are as insects and the tenacity that are a part of them and we really looked at how we took this brand, moved it forward."

But the NBA wouldn't just let Charlotte simply return to use of the old Hornets logo, apparently. "The NBA standards wouldn't allow us to just go back and pull the old Hornets logo out, but it's a part of our legacy brand. [...] But our new brand going forward, we think will connect with all of our fans and our community throughout the Carolina," Whitfield said.

The next step, Whitfield said, is deciding what the uniforms, court, mascot, arena decorations and community groups will be redesigned and renamed as.

Fans packed the arena much more than usual with people excited to see another new part of the team's future identity beginning next year. Rufus even dressed up as Grandmama at one point. And with the roar of applause and cheers following the announcement, it was easy to see the transition of the team to the Hornets should be a thrilling one indeed.

Be sure to peruse through the logo design Q&A for some rather interesting tidbits. I've picked out a few for you here.