At The Hive, a Charlotte Hornets community 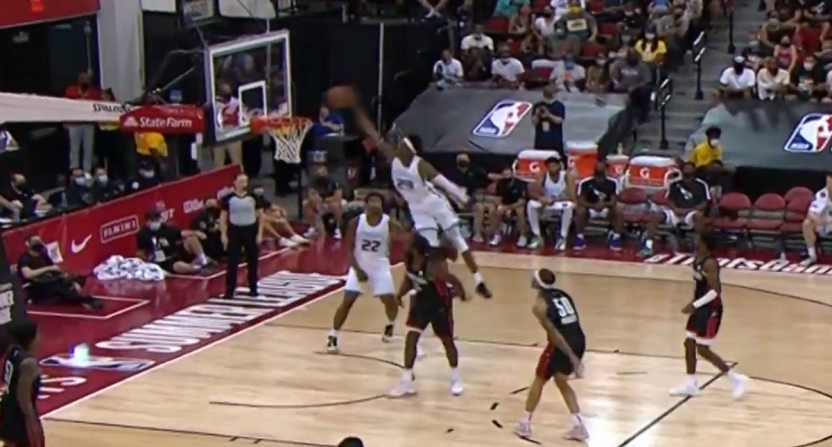 So there have been very few topics here lately to talk about (understandably so). The season lasts a long time, but when it's over, IT'S OVER - outside of draft day, the first couple days of FA and SL. So while we're sitting here waiting for Sunday/Saturday to get here, I have a quick question for yall: what do you have against Kai Jones?

I thought he was starter material last year, and I for sure think that he should start this year. Physically, outside of being an inch or two taller, he's prototypical for a center. I know a lot of people want to see him at PF and I wouldn't mind us going big with him and Williams playing together, but I see him as a center who can play PF but is primarily used as a C on offense. On defense, he can guard almost anyone for a possession or two at a time as well. He's essentially a center on offense (right now) who can rotate to anyone on defense. I don't know about yall but this is what I want from my center. He complements this team well by being an athletic defender and a lob catcher on offense. We should trade any of our non-core pieces for a deadeye spotup shooter at any position and let Kai run around like a puppy out the kennel for now and let his brain catch up to the game. This year is the year to do that too with Miles being gone.

No one knows if we're going to win 30 games or 50 games right now, so this is a perfect time to see who can do what. In my opinion Kai gives us the best chance to get 50, but in nearly every trade scenario I see yall have Kai "thrown in there" like he's a bottom of the bench salary filler. So my question to you all is...what's up with that?

More from At The Hive